Local government elections are held every four years for all municipalities in British Columbia, October 2022 the Village of Nakusp will be hosting its Municipal Election.

Declaration of Election by Acclamation

Declaration of Election by Voting

For an original copy of the Candidate Nomination Package for submitting please contact:

Serving your community can be a rewarding experience. There are many good reasons to run for office—you might run to be actively involved in the local decision-making process, contribute your experience and knowledge to the community, address issues or lead change in your community.

Elected officials are entrusted with making decisions that directly affect the daily lives of residents, families, local business owners and many others in the local community. If you’re thinking of running for local office part of the decision-making process may include considering the role you will play, how best you can serve your community and the impact you will have as an elected official.

Once you are elected the real work begins. Effective elected officials have a number of things in common – they:

These videos give potential candidates information to help them with answers to questions that they may have before making the decision to run for local office.

Before making the decision to run for local office, it’s important to think about how you can best serve your community if you are elected.

These videos are intended to help potential candidates better understand what is involved in serving as an elected leader, including the skills needed to work with fellow elected officials, Indigenous partners, and the community at large. ​

Video links (below) or view them on the Ministry of Municipal Affairs Website.

What is Responsible Conduct?

The major elements of the local elections process include:

The legislation establishes many standard rules that apply to all local elections in B.C. At the same time, local governments are able to adopt election bylaws and make decisions about how to administer some aspects of local elections in a way that best suits local circumstances, including whether:

Eligibility to run for office

A person may become a candidate in a local election as long as they have not been disqualified from seeking or holding elected office. A candidate for municipal mayor and councillor, regional district electoral area director, school trustee for boards of education, trustee for the Islands Trust, local community commissioner or specified parks board commissioner must:

Each candidate must be nominated by at least two eligible electors from the jurisdiction where the candidate is seeking to be elected. Some local governments may require in their election bylaw 10, or 25 nominators, for each prospective candidate.

A nominator must be eligible to vote in the election area as a resident elector or as a non-resident property elector in order to nominate a candidate for office.

Local governments may require prospective candidates to pay a refundable nomination deposit of up to $100 when they submit their nomination documents – the deposits are fully refunded when the candidate files their campaign financing disclosure statement with Elections BC.- The Village of Nakusp does not require a nomination deposit.

An eligible elector, another nominee for office or the Chief Election Officer can challenge a prospective candidate’s nomination if they believe the nomination documents are incorrect or the person is not otherwise eligible to be nominated for office.

Nomination documents are available for public inspection in local government offices during regular office hours from the time they have been submitted until 30 days after the election results have been declared.

An election campaign is a connected series of actions such as advertising, canvassing, holding meetings and giving speeches designed to elect a candidate or a group of candidates to elected office.

General voting day is usually the most publicized or widely-known voting opportunity resident and non-resident property electors have to cast their ballot in a local election. Local governments must also hold at least one advance voting opportunity.

Ballot counting begins after voting places close at 8:00 pm local time. The majority of ballots cast by eligible electors determine the successful candidate for a given office. Candidates are entitled to be present during the ballot count and may assign one representative (scrutineer or official agent) to each location where ballot counting takes place. Each candidate is notified by the Chief Election Officer as to the time and location for the final ballot count.

The official election results must be declared within four days after the close of voting on general voting day. The Chief Election Officer must state the number of ballots cast in favour of each candidate for each position.

The period to apply for a judicial recount begins as soon as the official election results have been declared and ends nine days after the close of general voting. The Provincial Court declares the election results at the completion of the ballot recount.

A tie between two or more candidates must be broken in accordance with the Local Government Act or Vancouver Charter (in the City of Vancouver) and the local government election bylaw. A tie may be broken by drawing by lot (a random draw) or by runoff election. A local government’s election bylaw must specify that drawing by lot will be used as the method for breaking a tie between candidates—otherwise, a runoff election must be held to break the tie.

A petition to invalidate a local election must be made within 30 days after the official election results were declared.

Oath of office or affirmation

Every municipal councillor and electoral area director must make an oath of office or solemn affirmation before they can assume their position on municipal council or the regional district board, respectively.

Municipal councillors appointed to the regional district board must make a second oath or solemn affirmation in addition to the one they made before they assumed their position on the municipal council.

The oath of office or solemn affirmation may be made before a judge, justice of the peace, or a Commissioner for Taking Affidavits for B.C., such as a lawyer or the local government Corporate Officer. Candidates who fail to make an oath or affirmation of office within the required timeframe are disqualified from holding office until after the next general local election.

A candidate may take the oath office or solemn affirmation as soon as they are declared elected by the Chief Election Officer; however, municipal councillors formally take office at the first regularly scheduled council meeting following the general local election. The term of office for a municipal council member appointed to a regional district board begins when the person has made an oath or solemn affirmation as a regional district director.

Rules regarding the conduct of general local elections and by-elections ensure that they are open and transparent. These rules are established in the Local Government Act, the Vancouver Charter (for the City of Vancouver), the Local Elections Campaign Financing Act, the Community Charter, the School Act and the Offence Act. The Local Government Act and Local Elections Campaign Financing Act also set out provisions related to election offences and penalties.

The Local Elections Campaign Financing Act sets out campaign financing and advertising offences and resulting penalties that may be imposed on candidates, elector organizations and third party sponsors if they do not comply with the rules. 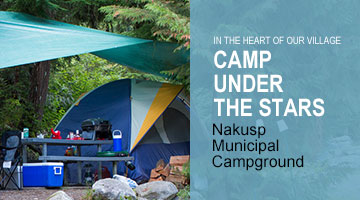 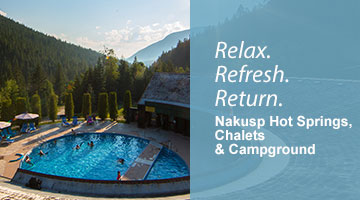